So apparently I’m middle-aged. Well, that’s what everyone tells me anyway — friends, family, the media, the 20-year-old check-out boy in the supermarket who looks right through me rather than at me. Every time I’m reminded of my middle-agedness, I’m surprised. Because here’s the thing: I don’t feel middle-aged. But I guess I am.

With that realization comes another one: I’m not getting any younger. In fact, it seems that I’m getting older at an alarming pace. I’ve always vowed to be one of those people who age gracefully, who embrace the passing of the years. Yet I find myself staring disconcertedly into the mirror at the new wrinkle on my face or frantically making a hair appointment because my grays refuse to stay covered. And those things in and of themselves tick me off because I don’t want to be so damn worried about getting older

Just as with my own aging, I’m always surprised that my dog Ranger is a senior. But according to all the charts I’ve looked at (and I’ve looked at a LOT hoping to find one that tells me otherwise), when a dog reaches the age of 10, he’s considered elderly.

We’re not getting older, we’re getting better!

Little white hairs have taken over Ranger’s head, like mine. Unlike me, he doesn’t seem to worry. “Who cares? It is what it is,” he seems to say with the doggie equivalent of a shrug. As I’ve paid more attention to how Ranger has handled getting older, I realize that I’ve got a remarkable guide to help me navigate this tangled and complicated path.

So here are a few of Ranger’s lessons on aging:

1. Stop to smell (and pee on) the flowers 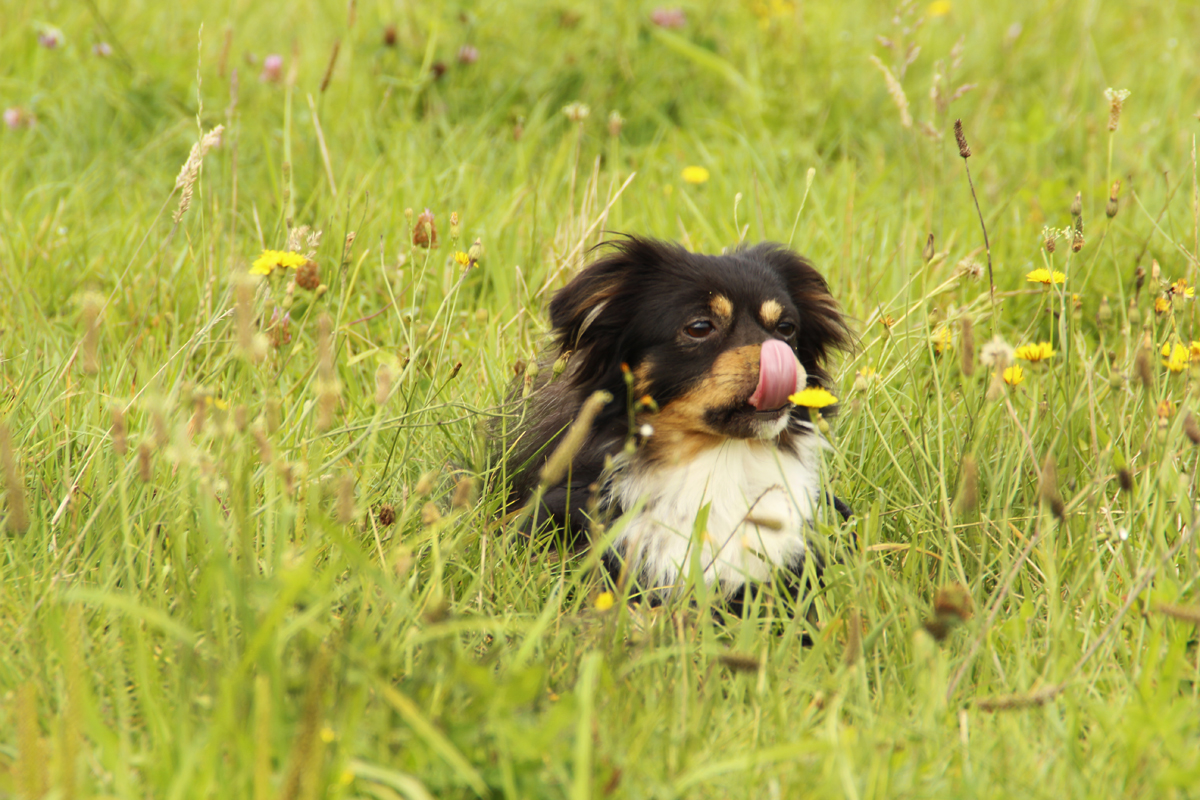 When Ranger was younger, he was the same way on our walks. He strained ahead on the leash, excited to see what was around the next corner. In the last couple of years, he’s slowed down considerably. Our walks take almost twice the time they used to. He takes so long reading pee-mail at each bush that I can almost hear him say in an old man voice, “Welp, whaddaya know? That young whippersnapper down the street done went off and got Fluffy Rogers pregnant. I tell ya … kids these days.”

I used to get so annoyed by this. “Come on, Ranger,” I’d say with a tug at the leash. “I’ve got things to do.” Then one afternoon, as Ranger carefully read the latest pee-mail, I just … stopped. I took a deep breath and closed my eyes. I felt the sun on my face, felt the breeze and realized with some surprise that it was a really, really beautiful day and I had been missing it.

Since that day, I have made every effort, when I find myself rushing along in life, to push the pause button and be in the moment before I go on to the next thing. Ranger has taught me that the way to slow the passing of time is to acknowledge and appreciate the little moments along the way.

2. Be open to new experiences

It never fails to amaze me how happy Ranger is when we go someplace new. Whether it’s a camping trip or just a different route on our walk, a huge smile breaks out on his face and there’s an extra spring in his step. The new surroundings seem to invigorate him and bring out his inner puppy. Unlike on our regular walks, he pulls ahead, excitedly investigating every unfamiliar nook and cranny, seeming to rejoice in the novelty of the moment.

As I’ve gotten older, I find myself putting off or turning down new experiences. I patronize the same four restaurants over and over. Or I go to a particular campground because we’ve been there before and know what to expect. Or I watch a re-run on TV for the 15th time because it’s easier than getting invested in a whole new show.

And this bugs me. A lot. So I’m determined from now on to take my cues from Ranger. He’s shown me that being open to the unexpected can help keep one young. So, okay, I’ll download that app that everyone’s been talking about. And maybe I’ll finally learn a different language. Or, heck, I might really live on the edge and go to a restaurant I know nothing about! Quite the risk-taker, aren’t I?

3. But sometimes it’s okay to be set in your ways 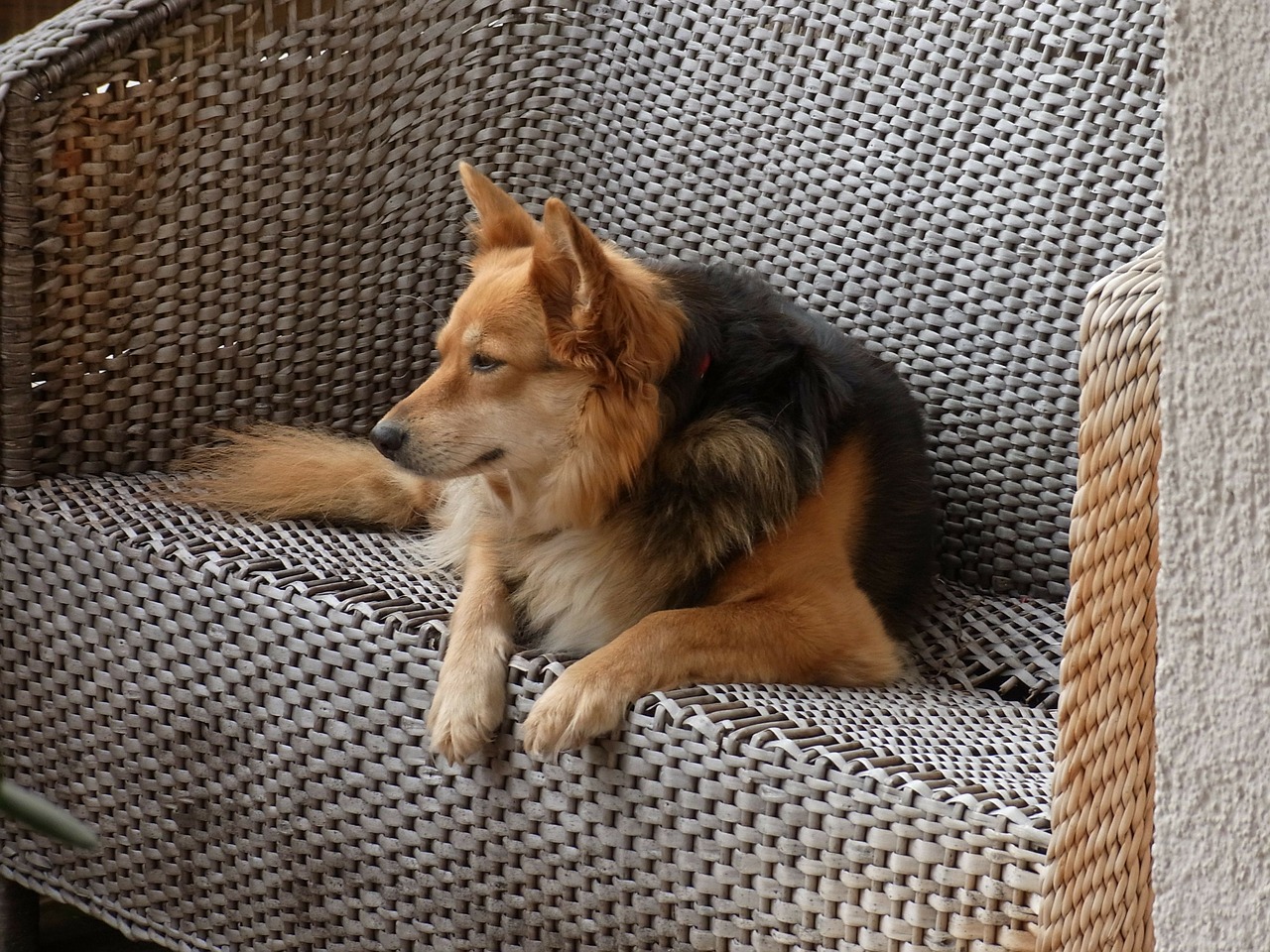 I know what you’re thinking. “Seriously? How can you be open to new experiences and set in your ways?” Scoff not! It can be done and Ranger is proof.

I said that it bothers me that I am not as open to new experiences as I once was. And it does. At the same time, though, I understand that there’s a comfort in routines, in the things we know and love. It’s nice to go to that familiar restaurant and order that dish you know you like. The trick is to find a balance between the two, something Ranger does effortlessly and beautifully, and something that I’m working to achieve.

I do hope with all my heart that I’m able to age gracefully. I hope that one of these days I’ll look in the mirror and see the lines on my face as evidence of a life well-lived. I hope I’ll be able to take the old with the new, and never stop learning. And I hope that by enjoying and appreciating the second half of my life, I’ll have no regrets when I get to the end of it. If I’m able to do all those things, I’ll have my wise, wonderful, precious dog to thank for it.